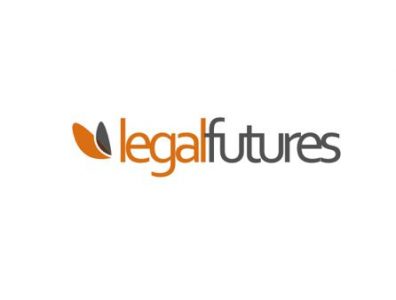 No let-up: impact of Covid on Legal Ombudsman laid bare

Covid did not significantly reduce the number of dissatisfied clients contacting the Legal Ombudsman (LeO) but it hit the organisation’s ability to deal with them, according to figures out today.

The pandemic – which at its height reduced LeO’s capacity by a third – exacerbated longstanding performance issues and meant that, as at 31 March 2021, there were 4,829 cases waiting to be investigated, compared to 2,464 a year earlier.

But LeO’s annual report cautiously noted signs of progress since as various new strategies begin to have an effect under a much-changed leadership team.

Conveyancing accounted for 30% of resolved cases, followed by family law (14%), with poor communication a feature of a fifth of them. Delay (17%), cost (16%) and failure to advise (14%) were the other main failures.

LeO said there was progress too: “Performance modelling has been rigorously tested and in the latter months of the year case closures met performance targets.

“Alongside this there are cautious signs that staff morale, which had hit its lowest last year, has improved considerably during the year.”

Elisabeth Davies, who since April 2020 has chaired LeO’s oversight board, the Office for Legal Complaints, wrote in the report: “While we are moving in the right direction, ultimately confidence will return when the backlog begins to reduce. In terms of numbers the last year has been difficult…

“While it is still early in the current business year, we are progressing as per the business plan: Staff are being recruited and monthly case closures have continued to exceed pre-pandemic levels.”

Chief ombudsman Paul McFadden, who joined in January, added: “We have been open with stakeholders about our position and the need for recovery.

“Our recovery planning is progressing, and we have seen steady signs that our performance is starting to recover… This is a reason for cautious optimism although there is much to do.”

One “clear area of progress” in 2020/21, he said, was the work undertaken “to enhance our business intelligence modelling and ensure this allows us to better understand performance and how this can be monitored and managed more effectively”.

In March, the Legal Services Board approved a 13% increase in LeO’s budget to £14.5m for the current year but warned that it must deliver this time or face losing its role in dealing with complaints against lawyers.

SIMPLE
INNOVATIVE
PROVEN
Make
An Enquiry
If you would like to make an enquiry about any aspect of our products and services, or to discuss how we could meet your funding requirements, please complete the form below:
VFS will never divulge your details to any third party outside VFS Limited and its subsidiaries without your express consent.

We will retain your details for no longer than is necessary to service your requirements. For further information see our Privacy Policy
Contact
Send a message
VFS will never divulge your details to any third party outside VFS Limited and its subsidiaries without your express consent.

We will retain your details for no longer than is necessary to service your requirements. For further information see our Privacy Policy